Read the latest news about innovative developments and applications with our original grey Neopor®, and news on the classic Styropor®.

End of October 2016, Kyoung-jin Cha, Head of Styrenic Foams Business at BASF Korea, has been honored with a presidential citation in celebration of the 8th Chemical Industry Day. 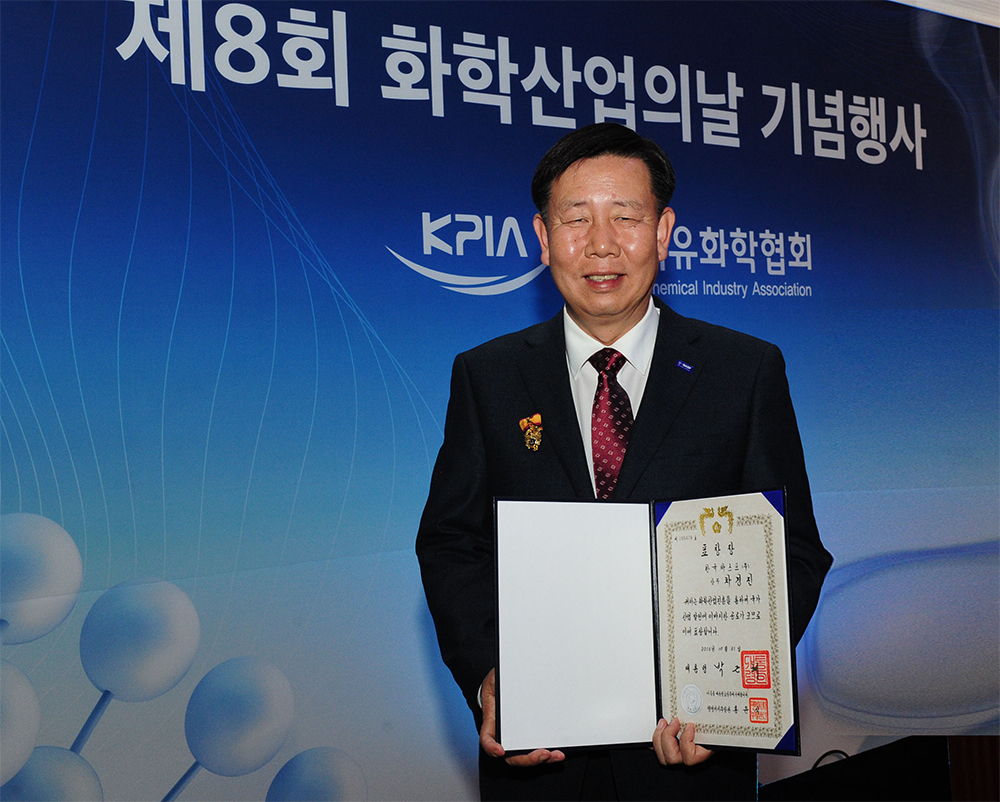 Cha was recognized for his contribution to introducing innovative, eco-friendly thermal insulation solutions and related technologies to the Korean market while working in the local EPS industry over 28 years. He was also greatly credited with the design and dissemination of innovative energy-efficient houses such as ‘3L House’ and ‘Passive House,’ which significantly reduce energy consumption.

He was highly praised for his contribution to the advancement of the local chemical industry by initiating the adoption and supply of BASF’s Neopor®, a highly efficient silver grey insulation raw material based on EPS. Neopor® is approximately 20 percent more effective in insulating compared to conventional EPS. Cha also attracted foreign investments for the setup and extension of the manufacturing facility for Neopor® in the country. The product has outperformed its domestic sales volume by a factor of ten since its debut in 2007, and built a foundation of overseas exports.

Cha joined Hyosung BASF in 1988 and headed the EPS technical support team. Then he served as EPS sales head for BASF Korea and Korea Transplant Coordinator for BASF India. Now he heads the EPS business at BASF Korea. 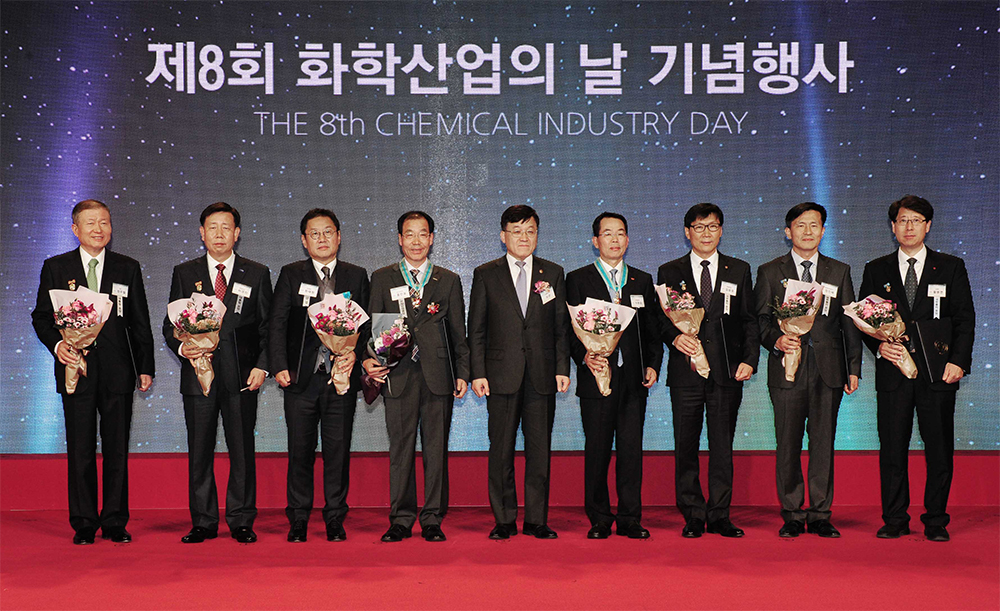 Awardees at the 8th Chemical Industry Day. Kyoung-jin Cha, Head of Styrenic Foams Business at BASF Korea (second from the left). In the middle: Vice Minister of Ministry of Trade, Industry and Energy.

About BASF Korea
BASF began its business in Korea in 1954. The company now has seven large production facilities in Yeosu, Ulsan, Gunsan, Ansan and Yesan, and five technology centers in Suwon, Ansan, Siheung and Dongtan. BASF established a global sales office for its organic electronics business in Seoul in 2013 and opened its Electronic Materials R&D Center Asia in Suwon in 2014. The company has 1,057 employees in Korea.